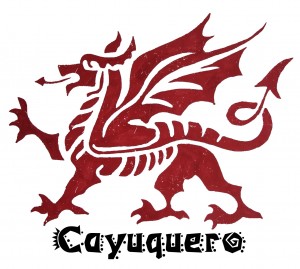 Gary Griffith of Emilio Cigars announced today that the second release in the Draig series, Cayuquero, will begin shipping to retailers within the next few weeks.

Each year Griffith creates a new blend in the series, and production is limited to however many cigars can be made from the selected tobaccos.

This years release will be available in four sizes: Corona, Robusto, Toro, and a small run of Torpedo. Total production is 1600 boxes, with quantities per size varying based on how wrapper graded out.

The cigars feature a Brazilian Arapiraca wrapper, enveloping a delicious blend of sweet Jalapa, and spicy Esteli ligero, and are packed 10 to a box.

As always, the cigars are dedicated to Griffith’s Welsh heritage, and feature the Welsh dragon on both the boxes and bands.