The inaugural release by Hendrik Kelner, Jr., “Smoking Jacket” is the first cigar created in his newly opened Kelner Boutique Factory (KBF) in Santiago. At a very young age, Hendrik always dreamed of opening an independently owned cigar factory, enabling him to create unique cigar blends with his personal touch. After almost 20 years of working with his father Henke, Hendrik’s dream has finally become a reality.
Utilizing some of the finest tobaccos in the world, “Smoking Jacket” was developed to provide connoisseurs with a truly sophisticated cigar smoking experience. Unique tobaccos from the Dominican Republic are the foundation of the blend, while special Brazilian, Peruvian and Nicaraguan tobaccos offer each vitola its own distinct flavor and essence.

Handsomely dressed with a striking red band, “Smoking Jacket” is presented in an elegantly shaped, dark wooden box of 20 cigars, carrying a retail price of $7 – $10 per cigar. Distributed exclusively by longtime friends, Davidoff of Geneva, “Smoking Jacket” will be available this July at privileged Brick and Mortar stores nationwide. 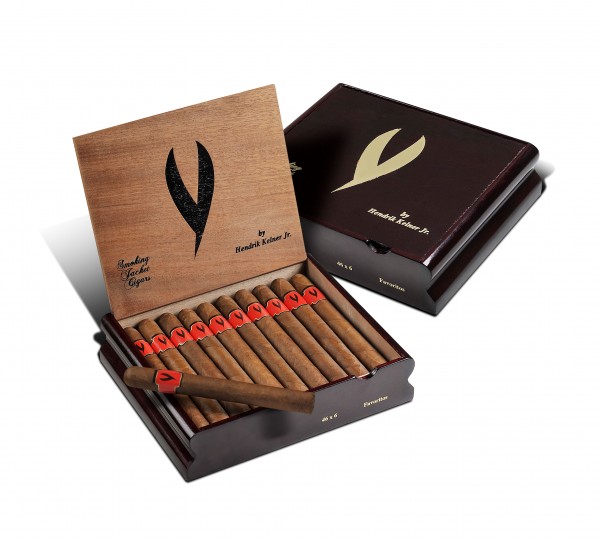