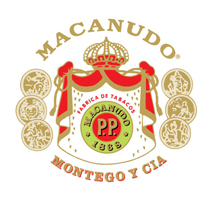 Macanudo®, America’s best-selling premium cigar brand, is pleased to announce its sponsorship of Golf Channel’s hit series Big Break. The reality competition’s 19th season, called Big Break Mexico, premieres on Monday, May 13 at 9 PM ET.
Alan Willner, vice president of marketing for General Cigar, parent company of Macanudo said, “Whether on the course or at the 19th hole, bonding with friends through golf often includes the enjoyment of a fine cigar.  Aligning Macanudo to Big Break, Golf Channel’s longest-running original series, brings this long-standing tradition of camaraderie to life in a breakthrough way. Our sponsorship of the show will drive tremendous awareness for our brand among millions of golfers, golf fans and the multitude of devoted Big Break viewers.”
Produced in partnership with the Mexico Tourism Board and filmed at IBEROSTAR Playa Paraiso Golf and Spa Resort in Riviera Maya, Mexico, Big Break Mexico will feature a cast of six men and six women in a mixed team format. They will compete in various golf-related skills challenges, with the ultimate winner receiving his or her “Big Break” – an exemption to compete either on the LPGA Tour at the 2013 Lorena Ochoa Invitational presented by Banamex and Jalisco or on the PGA TOUR at the 2013 OHL Classic at Mayakoba (both Nov. 14-17), plus cash and other prizes. For details about the cast, please visit www. www.golfchannel.com/tv/big-break-mexico.
“Big Break Mexico features PGA TOUR and LPGA Tour hopefuls competing for tremendous prizes and this wouldn’t be possible without without support from our partners, like Macanudo,” said Rob Caravello, Golf Channel vice president of Partnership Initiatives.
As a sponsor of Big Break Mexico, Macanudo will be featured prominently during the 11-week season. In addition to the luxurious Macanudo oceanfront lounge that will appear in several episodes, the brand will be incorporated into other elements of the show, including the skills challenges. Macanudo’s Facebook and Twitter feeds will be updated weekly with Big Break Mexico news following the May 13 season premiere.
About Golf Channel 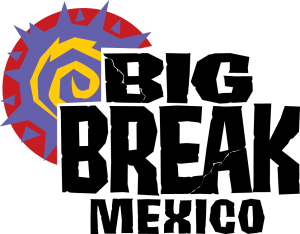 As the fastest-growing network on television, Golf Channel is a multimedia, golf entertainment and services company based in Orlando, Fla. The Golf Channel cable network, co-founded by Arnold Palmer in 1995 and part of the NBC Sports Group, is available in more than 120 million homes worldwide through cable, satellite and wireless companies. As part of the NBC Sports Group, professional golf coverage on NBC is branded “Golf Channel on NBC,” further extending the Golf Channel brand to NBC’s broadcast audiences. Exclusive partnerships with the world’s top tours allow Golf Channel to feature more live golf coverage than all other networks combined, added to a programming schedule distinguished by golf’s best news, instruction and original programming. Golf Channel’s digital platform of businesses is led by www.GolfChannel.com, a leading golf destination on the Internet, delivering unmatched coverage of the world of golf, as well as services that help the recreational player with how to play, what to play and where to play golf.

About Macanudo Cigars
Since their introduction in 1968, Macanudo cigars have been a favorite among premium cigar connoisseurs. The brand continues to be the best selling premium cigar brand in the U.S. and also sells in more than 90 countries worldwide.  In addition to the base brand of Macanudo cigars, the brand also features these collections: Macanudo Maduro, Macanudo Robust, Macanudo Gold Label, Macanudo Vintage, Macanudo Cru Royale and Macanudo 1968.