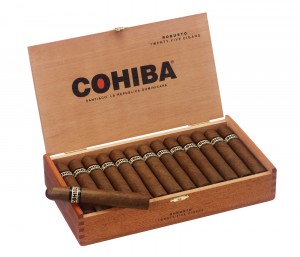 About Cohiba Cigars
True cigar connoisseurs recognize Dominican Cohiba cigars as one of the finest brands available in the U.S. market. Critically acclaimed for their meticulous construction and refined taste, the core brand of Cohiba cigars is complemented by these premium collections: Cohiba Black, Cohiba XV, Cohiba Puro Dominicana and Cohiba Edición Diamante.

® Cohiba is a registered trademark of General Cigar Company.