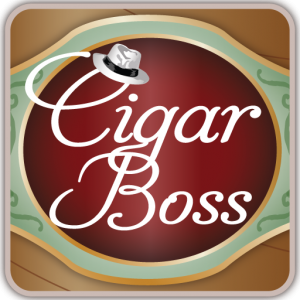 Orlando, Florida – April 13th, 2012: Cigar Boss, Inc. announced today that its highly popular iOS application, Cigar Boss, is now available for Android devices on the Google Play Marketplace. The company also released version 3.0 of its iOS software. This will be the first Cigar Boss release for Android and the company’s 3rd release for iOS (2.0 was released 11/21/11). The Android application will be priced the same as its iOS counterpart, with a free (& fully-functional) ad-supported version and a Pro version for $2.99 (no ads).
“We’re very excited to finally release Cigar Boss for Android. When we first started Cigar Boss, we didn’t think there would be a very high demand for the Android version, but boy were we wrong!” said Sonny Westmoreland Jr., Cigar Boss’s President. “While the first release for Android won’t have all the features as our new iOS 3.0 version, it will still be the most comprehensive cigar app available for Android and something we know will be welcomed in the Android community.”
Cigar Boss is a mobile application that provides information and reviews on thousands of cigars along with a host of other tools. The app lets the user keep track of cigars in their humidor, take notes on the cigars they smoke, stay up-to-date with the industry’s best blogs and helps the user discover new cigars and local cigar shops. “We want to be a all-inclusive information source for the consumer on the go. Cigar Boss is packed with over 20 features that are simple enough to engage the novice and advanced enough to impress the connoisseur.”
Cigar Boss Version 3.0 for iOS is also available today as a free upgrade on the iOS App Store. The 3.0 release includes over 17 new features and functions that promise to further enhance the application. Some of the new features include the Cigar Boss Community, the ability to add a cigar that isn’t currently in the database, a wish list, and adding photos and Twitter handles to your tweets.
“The great part about app development is that you never have a final product. We’ve already started working on Android 2.0 and iOS 4.0 with full iPad support. We’re in this for the long haul, and we truly hope to revolutionize the way that consumers interact with cigars.”
Cigar Boss announced in early March that it’s user base had surged past 20,000 active users and that the company will attend the annual IPCPR trade show in Orlando this year to promote its preferred store program.
For more information regarding Cigar Boss, Sonny Westmoreland Jr. can be reached at sonny@cigarbossapp.com or twitter @Cigar_Boss_App