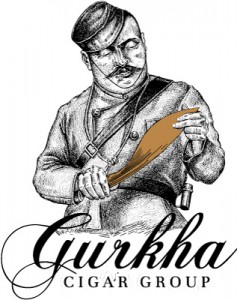 The Beach Cigar Group, makers of the super premium cigar brand Gurkha, is proud to announce that they have officially changed their name to the Gurkha Cigar Group, Inc. Effective immediately, this decision was made to re-emphasize the link between the brand and company name.

“This is a natural and progressive move for the company as we link our identity even more with the Gurkha brand,” said Gary Hyams, President of Gurkha Cigar Group. “The new name is also appropriate to further signal the positive direction the company is taking and will be a tremendous help as we position the Gurkha brand internationally.”

The year 2012 is a special year for the company as they celebrate the 125th Anniversary of the Gurkha brand. It was this year back in 1887, at the height of the British rule that colonial soldiers  began to make their own cigars from local tobacco. The fondness of the British for these legendary Nepalese  fighters inspired them to name their cigars ‘Gurkhas’.

“The decision to announce our new company name was to also made to co-inside with the celebration of the 125th Anniversary,” said Kaizad Hansotia, Chairman of Gurkha Cigar Group. “We are currently working on a very special anniversary cigar to celebrate this momentous occasion, which we will introduce later on this year.” Be sure to look out for more information regarding the celebration of the Gurkha 125th Anniversary.

Gurkha cigars are one of the most famous brands of luxury cigars in the world. Having extraordinary quality and premium blends of tobacco, Gurkha is known for limited release and rare tobacco products with outstanding and artistically oriented packaging. Gurkha is a super premium brand known as the ‘Rolls Royce’ of cigars and is enjoyed by many of the world’s elite including members of royalty, military, leading government officials and celebrities.

“This is a natural and progressive move for the company, as we link our identity even more with the Gurkha brand,” said Gary Hyams, President of Gurkha Cigar Group.