Richmond,VA—General Cigar announces today that industry veteran Sherwin Seltzer will retire at the end of October, thus concluding a storied career spanning more than half a century in the premium cigar category.

“There comes a time when you have to stop and do something else. I’ve had a great run in this business but at this stage in my life, I want to devote my time to Iris, my wife of 51 years, and my children and grandchildren,” comments Seltzer, who will continue to serve as General Cigar’s vice president of trade development until October 31.

Dan Carr, president of General Cigar remarks, “Sherwin is one of those people you meet in life and never forget. He has a great sense of humor and always makes people feel at ease. Because of this, he made great contributions to General Cigar, particularly in developing relationships with our trade partners and in acting as a mentor to people in all areas of the business. While we will all miss working with Sherwin, we consider him family and look forward to hearing about his adventures during retirement.”

Sherwin began his career in the industry in 1956, working for Brown Williamson, a cigarette company, before joining Faber, Coe and Gregg, best known for importing Cuban cigars to theU.S.After a stint inCalifornia, during which time he launched Faber’s national products division, Sherwin returned toNew Yorkin 1978 to work for Joel Sherman of Nat Sherman & Company.

In 1980, Sherwin joined Villazon & Company, maker of iconic Honduran brands such as Punch®, Hoyo de Monterrey® and Excalibur®, and was quickly promoted to vice president of sales and marketing, working with Danny Blumenthal and Frank Llaneza. When General Cigar acquired Villazon in 1996, Sherwin’s career flourished. He worked hand in hand with industry icons including Edgar Cullman, Daniel Nuñez and Benji Menendez. He ultimately concentrated on sales and trade development, an entrepreneurial position which allowed him to focus on trade relations and channel expansion.

Sherwin remembers, “When General Cigar acquired Villazon, it was a turning point in my career. Edgar Cullman was like a godfather to me and together with his son Edgar and grandson David Danziger, they developed what I feel are the best brands in the industry. They also built a tremendous foundation for today’s General Cigar Company.”

Sherwin feels he’s leaving the company at the right time. “I have complete confidence in Dan Carr. He’s a terrific guy, and I know he’s going to keep moving the business forward to even bigger and better things. He has also developed a really talented management team, along with great people in the factories, and in sales and marketing. I’m retiring knowing that the company will continue to be the best in the business.”

When asked what advice he would give to someone who wants to enter the cigar business, Sherwin simply answers, “Get a job with General Cigar.” 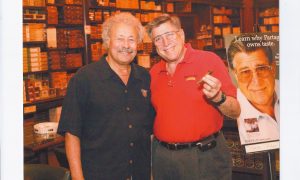 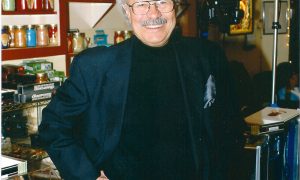