Are Cigars Sometimes Dyed – Or Not? 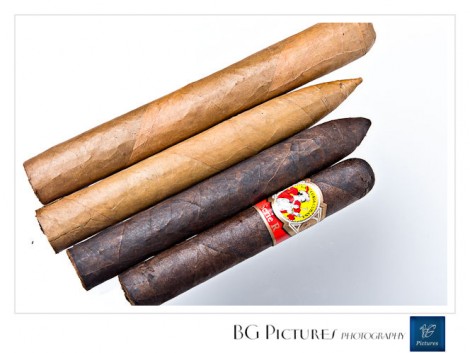 I have read many stories reports and reviews over the years of very dark maduro wrapped cigars being suspect for using dyes for coloring. This is presumably for marketing appeal, to even out the color of a wrapper, to make it more appealing to a consumer. Maybe to play on the myth of the darker cigars being stronger/richer/more expensive that many new smokers believe. In any case, I have not seen any official statement from any manufacturer that they do or do not dye or in some other way artificially color any of their wrappers so everything to this point seems to be people’s opinions.

I have done a couple reviews lately that I stated were dyed wrappers. One in particular was a Habano wrapper, not a maduro, not even a very dark brown color. During the review, very clearly on camera you can see a thick dark build up of a substance on my lips, fingers and all over my shirt. I stated it was dye but now I don’t think it may have been.

I wanted to test a few different shades of wrappers and see what happens when a good amount of moisture is applied, as was during the review conditions of the past few reviews. It has been unusually humid here lately and conditions have been near or at 100% humidity, certainly unusual conditions for most smokers to be enjoying a cigar in including me. Nevertheless cigars should and mostly do perform fine under these conditions except I seem to find them giving off this color mess.

In this short video I wipe a wet paper towel gently over some different cigars to see what happens.

Oh and sorry in advance for the clippy audio, the built in mic really sucks and I forgot about that fact.

According to Steve Saka, President of Drew Estate, a dyed maduro cigar should have a “significant” color difference between the outside and inside surfaces of the wrapper. I disassembled the Edge Maduro from this video, and this is what was there. I split the leaf in two, the exterior on the left, interior surface on the right. I see very little difference. That would indicate, according to Steve, this is not a dyed cigar. 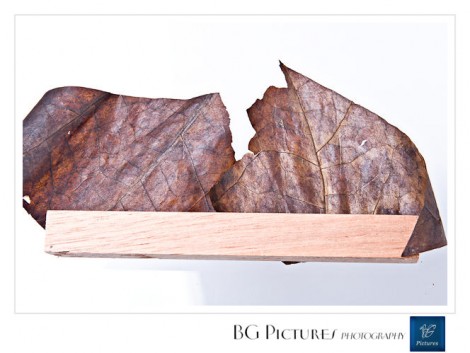 This is from Alex Svenson of Cigar.com:

Im jumping on a plane and dont have long so here is a short answer…yes many do this. It is not a dye but they will soak tobacco in water then wipe the natural colored water over wrapper to even color. A true maduro is actually quite ugly. Some people may even steam their wraper to even the color. This is an accetable process so long as the wrapper is fully fermented and it is being done for asthetics. However, some unsavory companies do this to make a not fully fermented maduro look darker and use it as a short cut which is very bad. So it all depends. As for the bleeding, all tobacco bleeds, the daker ones more so than the lighter and sometimes it is not the wrapper, it is tar. Just my quick 2 cents. Some guys in the DR actually use Mineral Oil on the outside of their wrappers to make them look oilier. It isnt harmful per say, but yet another process. In terms of seeing cigars rolled in the factory and assuming it is died, the rollers who roll maduro have to wet the thick maduro wrappers to make them pliable. Often times, this creates serious tobaccco bleed on the hands and looks like die but it is alll natural.