Press Release: Forcade Cigars will present the new image of its “Giralda” cigars 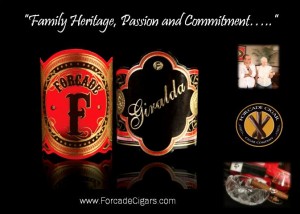